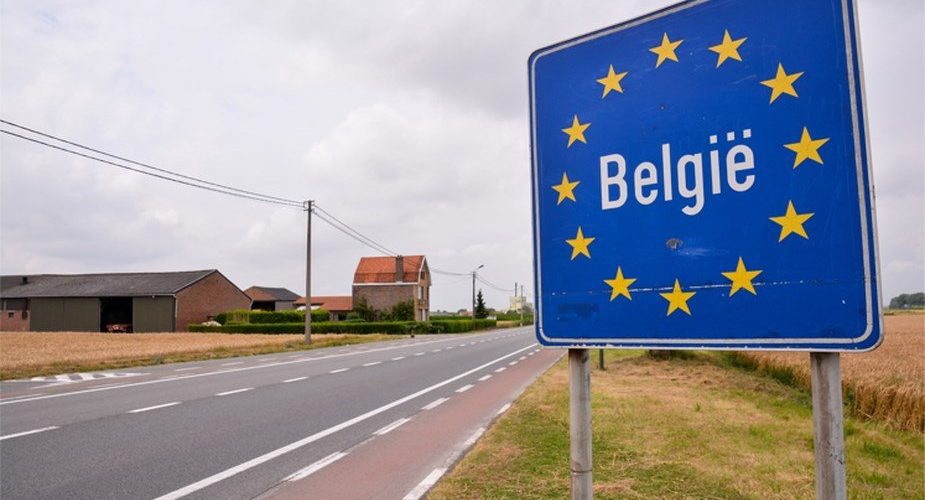 The COVID-19 pandemic has a significant impact on the European job market. However, travel restrictions and border closures have not stopped people from going abroad for work. More than often, people are coming from abroad to work in Belgium. Therefore, questions concerning cross-border personal income tax issues are more topical than ever.

For example, which State has the right to tax when a Luxembourgian citizen moves to Belgium but keeps working 4 days a week physically in Luxemburg and 1 day remotely from Belgium?

What is the tax impact of the travel restrictions triggered by the COVID-19 pandemic, on cross-border employees unexpectedly working from home?

What is the tax status for foreign diplomats and officials of the European Union?

In this contribution, we will answer these questions.

First of all, we have to determine whether that person can be considered as an inhabitant (in a fiscal sense) of the Belgian Kingdom.

Belgian personal income tax applies to “inhabitants of the Belgian Kingdom”[1], which are a.o. “Individuals that have established their domicile or the head of their fortune in Belgium”[2].

In this respect, unless proof can be provided to the contrary, all individuals enrolled in the Belgian National Register of the Population shall be considered as Belgian residents for tax purposes[3].

The enrolment of an individual in the Belgian National Register of the Population is therefore the first element to take in consideration while assessing whether he or she can be considered as an inhabitant of the Belgian Kingdom[4].

When enrolled in the National Register of the Population, an individual is thus considered from a Belgian fiscal point of view as an “inhabitant of the Belgian Kingdom” and therefore as a Belgian tax resident, unless it can be proven that his domicile or the head of his fortune (i.e. the center of economic interests) is situated elsewhere.

The establishment of the domicile or of the head of the fortune in Belgium must be assessed according to factual elements: the notion of “domicile” relates to the fact of effectively inhabiting a place, with a certain permanence and continuity, and the notion of “seat of the fortune” relates to the place, characterized by a certain unity, from where ones fortune is managed (and not necessarily the place where the wealth is situated).

Regarding the domicile, the Belgian tax authorities state that it is generally the place where an individual lives and work, although “due to the evolution of society and the economy, it is increasingly likely that a person does not exercise its professional activity in the same country where it has established its family and where the center of its vital interests lies”[5].

A temporary leaving of the country does not represent a change of domicile.

The “seat of fortune” can therefore be taken into consideration as the main criterion whenever the center of business and professional activities is not located in the same place as the center of family life.

The Belgian Supreme Court ruled in this respect that although having its domicile in a foreign country, a person that owns real estate in Belgium and shares of Belgian companies of which he is the director, can be considered as a Belgian resident for tax purposes, since the head of its fortune is situated in Belgium[6].

Avoidance of double taxation of income from employment

Belgium has concluded double taxation agreements with a very large number of other countries. In most cases, the authority to levy taxes is allocated to one country, which is then solely responsible for collection of the tax. In that case, the other State should exempt the income from taxation. However, when the other state is entitled to tax income, this (net) income will be taken into account for the determination of the tax brackets to be applied to other income of Belgian source (exemption with progression).

In this case a Luxembourgian citizen who moves to Belgium but keeps working 4 days a week physically in Luxemburg and 1 day remotely from Belgium, has been taken as an example. Therefore the double taxation treaty between the Kingdom of Belgium and the Grand Duchy of Luxembourg must be looked at[7].

Article 15 paragraph 1 of the treaty establishes the general rule that an income from employment is taxable in the State where the employment is actually exercised.

Paragraph 2 establishes an exception on the general rule whenever the three conditions described in this paragraph are satisfied:

The exception gives the State of residence the right to taxation.

This means that whenever someone is working for more than 183 days in any twelve month period commencing or ending in the fiscal year concerned, or whenever that same person works for a non-Belgian employer (for example Luxembourgian employer) the State of residence will not have the right to taxation[8].

In practical terms, this means that whenever a Luxembourgian citizen moves to Belgium but keeps working for the Luxembourgian employer or works for more than 183 days in Luxembourg, he will keep the right to be taxed in Luxembourg.

Most of the double tax treaties that Belgium has concluded are based on the Model Treaty of the Organisation for Economic Co-operation and Development (OECD).

The above-mentioned provision can for example also be found in the double tax treaty concluded between Belgium and Germany[9]. Therefore, the same rule applies to the German citizen who moves to Belgium but keeps working for the German employer.

Because of the travel restrictions triggered by the COVID-19 pandemic, cross-border employees unexpectedly working from home face the risk that their employment income becomes fully taxable in their State of residence. In 2020, to alleviate this tax disadvantage, Belgium concluded “COVID-19 Mutual Agreements” with France, Germany, Luxembourg and the Netherlands.

The COVID-19 mutual agreements allow for a fiction in relation to the employment income linked to the “home working days” solely due to the measures taken by the governments of the respective countries to combat the COVID-19 pandemic. If certain conditions are met, and the employee chooses to apply the fiction, these “forced home working days” are deemed to be spent by the employee in the state where the cross-border worker would have exercised the employment in case no such measures had been taken.

Furthermore, with respect to the taxation of individuals working in a cross-border context, a further relaxation of the 24 days rule[10]for a post-COVID-19 “home working” era has already been agreed between Belgium and Luxemburg. As from the income year 2022, a cross-border worker who, for example, normally exercises his/her employment activities in Luxembourg (usual State of activity), will be able to work outside Luxembourg (for example from home in Belgium) during a 34 maximum of days per calendar year (instead of 24 days), while still remaining taxable in Luxembourg.

Methods for elimination of double taxation

Once it is determined which state has the right to tax, the method for the elimination of the double taxation must be found.

These methods are described in article 23 of the Model Treaty OECD[11].

Belgium has often chosen in its double tax treaties with other States for the principle of exemption. This principle is applicable for example in tax issues between Belgium – Luxembourg and Belgium – Germany.

The taxation of other sources of income earned by a posted worker can therefore be impacted by the income that is exempted, this is why this method is not called a “full exemption”.

Under Belgian law, some categories of individuals are considered as non-residents despite the fact that they have established their domicile in Belgium under article 2, §1er, 1° of the BITC.

Article 4, 1° of the BITC provides that foreign diplomats accredited to Belgium are not subject to Belgian personal income tax.

They are instead subject to the so-called non-resident tax (see article 227, 1° BITC).

Non-residents are solely taxable in Belgium on income generated or received in Belgium (art. 228, §1, BITC).

According to article 19, 1., of the Double Tax Treaty signed between Germany and Belgium on April 11th 1967, salary paid by a contracting state, a “Land” or by one of its political subdivisions, local collectivity or legal persons under public law, for services rendered to that State, or to the aforementioned entities, is taxable in that contracting state.

In other words, salary paid by the German Government to a German diplomat for services rendered to Germany should be exclusively taxable in Germany.

Article 23 of the aforementioned tax treaty foresees an exemption for Belgian residents receiving such income, but since a diplomat is not considered as a Belgian tax resident, Belgium has no right to take into account the German income for Belgian tax purposes.

Since the diplomat does not have a taxable income in Belgium, no Belgian tax return, either resident or non-resident, should have to be filed.

The same applies to a Luxembourgian diplomat.

Capita selecta: officials and other servants of the European Union

The tax residence of persons working for the European Commission, will be determined according to the protocol n°7 on the privileges and immunities of the European union.

Indeed, article 13 of the aforementioned protocol foresees the following :

“In the application of income tax, wealth tax and death duties and in the application of conventions on the avoidance of double taxation concluded between Member States of the Union, officials and other servants of the Union who, solely by reason of the performance of their duties in the service of the Union, establish their residence in the territory of a Member State other than their country of domicile for tax purposes at the time of entering the service of the Union, shall be considered, both in the country of their actual residence and in the country of domicile for tax purposes, as having maintained their domicile in the latter country provided that it is a member of the Union. This provision shall also apply to a spouse, to the extent that the latter is not separately engaged in a gainful occupation, and to children dependent on and in the care of the persons referred to in this Article.”

This person will not be able to choose his tax residence between Luxembourg and Belgium (see Decision Court of Justice of the European Union (Lotta Gistö) of 28 July 2011). On the contrary, this person will have to fill in a questionnaire and the European Commission will decide accordingly.

Under the provisions of Article 12 protocol n°7 on the privileges and immunities of the European union, salaries, wages and emoluments paid to officials and other servants of the Union paid by the Union, are subject to a withholding tax, pursuant to Council Regulation 260/68 of 29 February 1968.

According to the same article of protocol n°7 on the privileges and immunities of the European union, salaries, wages and emoluments paid by the Union are exempt from national taxes.

How can Everest Tax help in the situations described above?

Cross-border worker, foreign diplomat, working for the European commission or do you have general questions about the tax treatment of your income in an international context?

The lawyers of Everest Law firm are all renowned experts in their different areas of expertise. Jonas HELAUT has a large experience in the domain of in (international) tax law.

Therefore, we can help you in different ways:

[7] Convention of 17 September 1970 between the Kingdom of Belgium and the Grand Duchy of Luxembourg for the avoidance of double taxation in relation to direct taxes and the settlement of certain other matters concerning taxes on income and on capital, and its Final Protocol