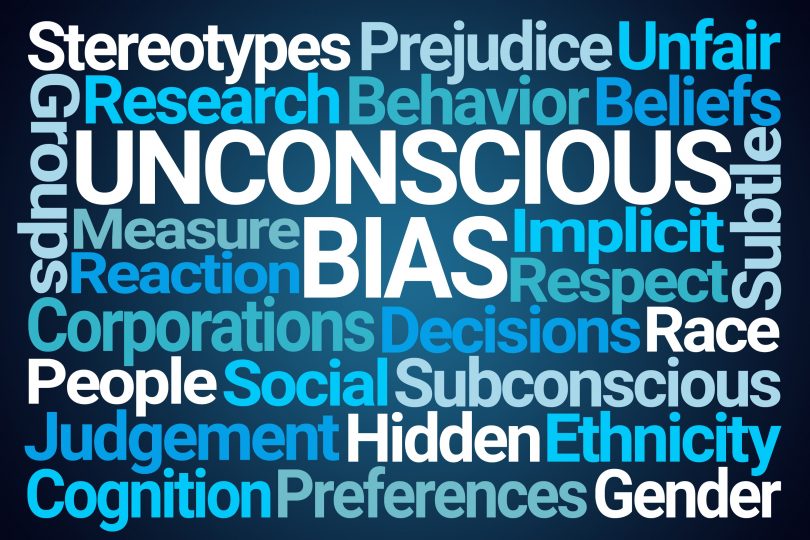 It is often said that corporate Diversity & Inclusion efforts should start with tackling the unconscious bias in the workplace. And indeed, internal trainings relating to unconscious bias are commonly offered, both in the private and public sector, to large groups of people. In fact, in a number of organisations, such courses are compulsory.

Whilst this makes for a great start, it is crucial to keep in mind that addressing unconscious bias is not a “one shot” game. It requires patience and dedication. “Why?”, you may ask. We suggest you read on.

A definition of unconscious bias

Unconscious bias is defined as a set of beliefs/assumptions/expectations which influence our behaviour and decisions of which we are not usually aware – and to which everyone is subject. It derives from our upbringing, society and/or experience. Together with conscious bias, this forms our “windows” on the world.

Precisely because such bias is unconscious and deeply-rooted, it is difficult for us to understand and apprehend it – especially since we tend to think of ourselves as rational and logical creatures.

It comes in different shapes and forms: for example, affinity bias (we like people who look or sound like us, have the same values, same gender, same physique, stem from similar backgrounds, or have the same profession); confirmatory bias (we look for evidence to support our already reached view); benevolent bias (we believe that we are taking a decision in someone’s best interests). If there is rarely overt unconscious bias, there may be micro-unconscious bias (less eye-contact; not including someone in a conversation, etc…).

Regardless of the shape or form, unconscious bias leads us to divide people into “in-groups” (we can relate to, make allowances for, and trust more) and “out-groups” (we are less likely to trust them, and tend to be more critical of, for example in their performance) on the basis of a huge range of characteristics (physical, lifestyle, nationality, faith, etc.)

Whilst unconscious bias may seem innocent (we are not aware of it, after all!) and a fact of life, it can give rise to a vast array of issues in the workplace. It can undermine inter alia acceptance in the workplace (leading notably underperformance and possible mental health issues), equal treatment, career progression, and also lead to plain unsound decision-making in business and beyond. Whereas it is commonly acknowledged that a diverse and inclusive “workforce” is “good for business”, unconscious bias may still pervade in particular recruitment decisions via affinity bias, for example by hiring the candidate we can recognise ourselves in, with identical academic credentials and profile, instead of recruiting on the basis of objective quality and competence. Thus, unconscious bias can heavily frame our way of working and doing business, and how we interact with colleagues and direct reports, and give feedback.

Its effects are all the stronger when we are stressed, multi-tasking, tired or under the influence of alcohol or drugs. In high-pressure environment such as law firms, the scope for unconscious bias is therefore significant as well as long-lasting.

So what can we do?

We can work on becoming aware of our bias via regular training and experience and put processes in place to manage the potential impact it might have. For instance, in matters of recruitment and promotion, we should ensure that we are taking account of objective, justified evidence and question our embedded assumptions (for instance, is the female fee-earner with a family really apprehensive about travelling for work?). Also, communication about unconscious bias is key: the more we become aware of its existence, the less influence it can have. Internal/external events exposing us directly to people of different walks of life, gender, faith, origin, etc… can help revisit our bias about “others”.

More generally, let’s try to stand in another human being’s shoes (for one day or more) and try to see things from their point of view- and develop empathy. Let’s speak up and challenge accepted ideas deriving from unconscious bias. And finally, let’s not forget that unconscious bias is at its strongest in stressful situations – managing stress levels and reviewing decisions taken during stress may provide useful antidotes.

In the wise words of Isaac Asimov:

Your assumptions are your windows on the world; scrub them off every once in a while, or the light won’t get in

It is our hope that with the activities and the Magazine of LDIA we can contribute to bringing a wider awareness of unconscious bias in the workplace and beyond, by developing good practices and trainings with all Members.